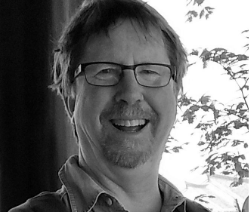 Since 2010 Tim has been the Managing Director of Cipher Consulting Pty Ltd, specialising in the understanding of, and exploration for, organic-rich sediments, including coal, coalbed methane and shale gas. He holds the positions of Adjunct Associate Professor at the School of Earth, Environmental and Biological Sciences, Queensland University of Technology, Australia (since March 2016) and as Distinguished Visiting Professor at China University of Mining and Technology (since January 2018). Prior to moving to Australia, Tim was also an Adjunct Associate Professor at the Department of Geological Sciences, University of Canterbury, New Zealand from 1998 to 2015. Long-term roles while at Cipher have also been Principal Advisor – Subsurface for Sinopec Oil & Gas Australia Pty Ltd., Principal Geologist/Asset Geologist for Origin Energy Ltd, Chief Geologist & Senior Advisor for Ephindo Energy Ltd. and Senior Advisor for Dart Energy Ltd. He has acted as an Expert Witness for international arbitrations and for civil and criminal cases.

Prior to Cipher, Tim was also on the Executive team of Arrow Energy Ltd in Australia (from 2007 to 2010). His last role with Arrow was as Country Manager for Indonesia. During his tenure Tim oversaw the initiation of two CBM Production Sharing Contracts (PSC) as well as the first commercial wells drilled in Indonesia exclusively for coalbed methane development. Tim’s first role in Arrow Energy was as Vice President for Technical Services, advising, designing and implementing exploration and development programs in Vietnam, China and Indonesia.

From 2003 to 2007 Tim had the dual role of Research Manager as well as CBM Project Manager for Solid Energy NZ Ltd. While with Solid Energy he oversaw the first CBM five-spot pilot wells in New Zealand. He also managed a team responsible for innovative technological developments for the mitigation of acid mine drainage (AMD), restoration of terrestrial and aquatic environments affected by AMD and evaluation of mining affects on human health. Part of this research was published in ‘Metal Contaminants in New Zealand: Sources, Treatments and Effects on Ecology and Human Health’ (2005, resolutionz press ltd., Christchurch, 490pp.) of which he was the senior editor as well as contributor.

Tim’s other experiences has been as Consulting Manager for CRL Energy Ltd, in New Zealand from 1994 to 2003. Prior to this he was Head, Coal Section for the Wyoming Geological Survey from 1992 to 1994. He also held two Post Doctoral positions, the first as a National Research Council Fellow with the U.S. Geological Survey, in Reston, Va, USA in 1991 and with the University of Canterbury, Christchurch, New Zealand in 1991-1992. Tim received his BSc from the University of Maryland in 1981 and his MSc and PhD from the University of Kentucky in 1986 and 1990, respectively.

Tim is also on the Editorial Boards of the International Journal of Coal Geology (since 2000), the Indonesian Journal on Geoscience (since 2012), Adsorption Science & Technology (since 2016) and a past member of the board for the Journal of Asian Earth Sciences (2002-2005). Tim has over 240 published papers, reports and abstracts. He also won the Best Overall Presentation Awards at the 2010 and 2013 Indonesian Petroleum Association Annual Meetings. Tim is a member and past President and past Vice-President of The Society for Organic Petrology (TSOP) as well as a member of the Geoscience Society of New Zealand, the International Committee for Coal and Organic Petrology (ICCP), the American Association of Petroleum Geologists (AAPG), the Indonesian Petroleum Association (IPA), the Petroleum Exploration Society of Australia (PESA), the Australasian Institute of Mining and Metallurgy and the Society for Petroleum Engineers (SPE).