by tim on June 26, 2022 in Commercial, Education, University

Culturally, it’s not Asia. And it’s not Europe. Although they were under the influence of Russia for decades, its definitely not that either.

Mongolia is quite simply unique.

I’ve been here for the last two weeks giving some workshops and taking some trips into the countryside; most notably west of Ulaanbaatar, into the center of the country. The people I’ve encountered are proud and 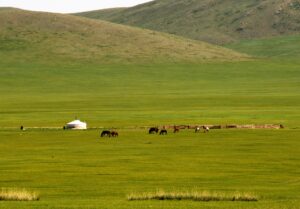 Since it is the end of June, it’s summer and everyone is happy. Winter, of course, is known for its intenseness, but the summer months are more than pleasant: tee shirts and shorts and in Ulaanbaatar at least, fashionably skimpy attire is de rigueur.

Although a large country (over 1.5 million km2), the population is only about 3.3 million: even smaller than my spiritual home New Zealand! Mongolia’s position as a cushion between two large and sometimes testy neighbors (Russia and China), gives it a certain weight in geopolitical considerations. Despite the official religion being Buddhist, I’m told that most people are ‘spiritual atheists’. I like that. 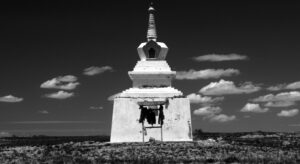 The geology is more than fantastic, it is awe inspiring – and I’ve only seen a small part of it. Nothing is flat laying here. Yes, some of the landscapes are smooth and rolling (mostly in the East), but underneath that surface geomorphology is a tortured, fractured and dynamic crust, the result of a combination of events, including the collision of the Siberian and North China-Mongolian cratons sometime during the Jurassic.

In this land of Chingiss Khaan history feels as deep as the geology. The largest empire the world has ever known was Mongol – extending from China in the East to the Mediterranean sea in the West. Now, though their area has been distilled in a heartland, to me the Mongolian spirit feels strong and their wisdom varied. Like in many parts of the world (and I’m thinking the USA at the moment) the gap between rich and poor is still too large; perhaps the Mongolian people, with reflection, will show that this disparity can be alleviated, even in the face of challenges that are not small. Indeed, their history shows they can overcome huge obstacles with magnificent results.