Sadly, not The Clash, but something a bit more subdued.

Over the last four years I have been acting as an expert witness for an international arbitration. My client is a large Asian oil and gas company who are the respondents in the action. After the decision in early 2018 from the tribunal identifying the damages, a quantum phase was entered. This milestone decides the level, if any, of remuneration that either side would receive.

Working with the client’s lawyers, international law firm Mayer Brown, I plus three other Cipher Associates travelled to London in early

In addition to this work, I’ve also acted as an expert witness for the Crown in Queensland (Australia) on a civil turned criminal litigation. The commonality of being an expert witness is the scrutiny under which an expert’s work is under; not just the statement issued as part of the proceedings but any past publically available material. Having written numerous reports for industry and a long history of academic publications, legal expert witness reports are a different animal altogether, especially since you will be cross examined on every detail. 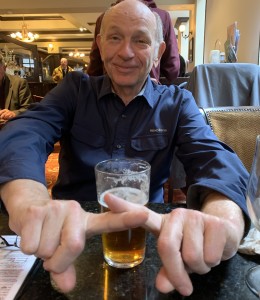 The experience of being an expert witness, though onerous, is intriguing and rewarding at many, and sometimes surprising, levels. The trip to London, spiced-up with the seemingly unending Brexit debate as well as the large climate demonstrations, was, as always, deeply satisfying – even with the occasional warm beer being served!