The Russian Far East has magical connotations. Perhaps no other place on Earth is so well known; yet so little visited.

Most Westerners will be (or should be) enthralled by the word Siberia. The furthest part of Siberia is the Far East. Though remote, it nevertheless has had a tremendous amount of geological studies applied to its wonderful landscapes. Mostly these studies are in the Russian language, which, unfortunately is a barrier for most of us. 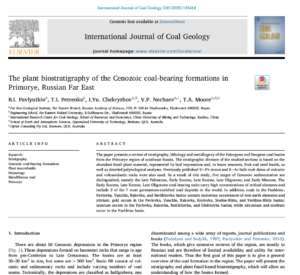 A new paper on the plant biostratigraphy of the Cenozoic coal-bearing strata in the Primorye* is one of a new set of papers that attempts to present these heretofore difficult to access studies within English-language international scientific journals.

The paper outlines the stratigraphic divisions, which are based on the abundant fossil plant material, represented by leaf impressions, fruit and seed fossils, as well as detailed palynological analyses. Previously published zircon and K-Ar bulk-rock dates of volcanic and volcaniclastic rocks were also used. 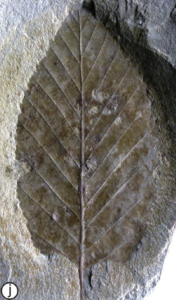 ← Something Wicked This Way Comes* – in the Lower Cretaceous
Field Work in the Senakin Peninsula: Part II- Finding Volcanics →