32nd Annual Meeting of the Society for Organic Petrology, September 2015: On the Edge – Hydrocarbons in the Tropics

by tim on September 5, 2014 in Education, News, Uncategorized, University

The Indonesian Archipelago is vast, diverse and exciting. The culture is as deep and varied as it’s geology and history. It is a region at the nexus, or on the edge if you will, of almost everything; and that includes hydrocarbon generation. Indonesia has been exploiting petroleum for almost two hundred years and coal mining goes back even further. Today, it is the world’s top coal exporter. Thus, it is appropriate that in September 2015 the Society for Organic Petrology (TSOP) holds its 32nd Annual Meeting here in the ancient city of Yogyakarta, in central Java. 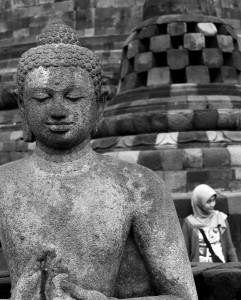 Appropriate to the setting, the theme of the conference is hydrocarbon generation in the tropics. Just about all of the hydrocarbons (oil, gas and coal) in Indonesia are sourced from Tertiary age sediments. The paleogeographic setting through out this time was strictly at the equator. Even today some of the largest peat deposits in the world occur on the islands of Sumatra and Borneo; understandably these have been used as modern analogues for coal formation throughout the scientific literature for decades. The mighty Mahakam River Delta, an area of vast oil and gas production, is yet another area often cited, quite literally, as a textbook example for deltaic processes and hydrocarbon accumulation.

We are structuring the conference around the journey that organic materials take from their initial accumulation in peat or organic-rich sediments, through diagenesis to its ultimate extraction as coal, gas or liquid hydrocarbon. We are encouraging researchers to think about their work in this context and submit their papers identifying where along this thread their work lies. There will undoubtedly be presentations looking at the abundant resources of Indonesia in this light, but we also expect and wish to facilitate presentations from elsewhere in the world.

There will be two full days of Technical Sessions (the 22nd and 23rd of September). Before the conference, there will be a field trip highlighting both the local geology and the culture of the Yogyakarta area; specifically, we’ll visit Borobudur, which is the largest Buddhist temple in the Southern Hemisphere and is a World Heritage Site.  The temple was originally built in 825 AD and rediscovered in the early 1800s. We’ll finish off the day with a visit to a family run batik shop where we’ll be able to see the different kinds of batiks being made and a chance to buy as many as we please!

Also, before the conference, there will be two workshops, held concurrently. The first is an Introduction to Organic Petrology. This course is designed as an introduction to organic petrology and is aimed at students, but will also be informative to technical and non-technical persons who work with coal. The two presenters are Drs Walter Pickel and Joan Esterle. Both Walter and Joan have given this course previously and we thank them for reprising their efforts for this conference. The second workshop is an Introduction to Reserve and Resource Assessments and is designed as an introduction to unconventional reserve determinations and is aimed at reservoir and reserve engineers and geologists. The two presenters, John Hattner and Dan Paul Smith are from Netherland Sewell & Associates Inc and are recognized experts in this field. 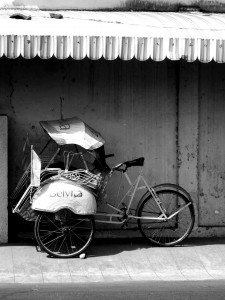 Finally, there will be a 3-4 day post-conference field trip to the eastern part of Borneo to examine modern and ancient hydrocarbon formation. From Yogyakarta we’ll take a 2 hr flight to Balikpapan in East Kalimantan (one of four Indonesian provinces in Borneo). We’ll examine Miocene age sediments, which are mostly fluvial to near marine; these contain abundant coal seams and are the source of all the gas and liquid hydrocarbons in the area. The Mahakam Delta will also be explored while we examine some of the modern processes we have all read about, but few visited. Finally, a visit to a modern peat mire will highlight what it really means to be in a swamp!

We know it is a bit of a journey, but most will find it is no harder to reach Yogyakarta than Sydney, Warsaw or Carbondale! Bring your science head but pack your togs for this tropical hydrocarbon experience on the edge.