Musings of Micah on the Equator

At 2:56 pm Brisbane time I crossed the equator for the umpteenth time – heading north on flight CZ382. The time is significant because that is the time my son, Micah, gets out of school.

When I left this morning en route to Xuzhou, China, where I’ll be teaching for a few weeks, my son said he did not want me to go. 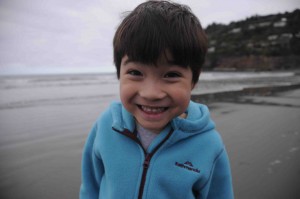 He is a talkative six-year old and, like most six-year olds, not yet filtering his emotions. Even so, I was somewhat taken aback by his sudden vehemence to me leaving. I’ve been away before without him but usually only for a week or 10 days. He was right to demarcate this trip as something out of the ordinary. And he didn’t like it one-little-bit.

When I became a father I was determined to be present for my son and purposely non-absent. Of course like most parents, there is always the struggle to be present in any situation even while at home, even when your child is standing in front of you and extoling for the hundredth time how fast his Lightning McQueen is, or how high of a score he got on his latest game, or how wonderfully impenetrable his new chair-and-blanket fort is.

But like most parents, you quickly snap back into the present and all is good.

Because of the type of profession I have (wandering geologist) it is hard not to be away sometimes. I do try and keep trips to a minimum and as often as I can I bring Micah and my wife Aretha too. So far that has worked pretty well. Over the last 12 months, as a family, we’ve been to China, the USA, Indonesia, New Zealand as well as London and then Christmas in Scotland. 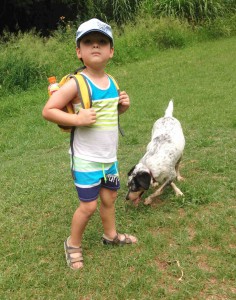 Now that Micah is in Grade 1, though, taking trips out of school holiday time is more problematic. So, Aretha and I have been devising ways to match school holidays to my more flexible work schedules. Since Aretha’s own teaching (www.dreamingndrawing.com.au) follows the school year this reinforces our strategy.

I used to value the solitude of traveling alone. Encased in my own world, first within the metal cylinder of a plane and then in my box of a hotel room. Now, however, the best travel is with my family. The texture my son and wife provide is priceless and makes my own happiness unmeasurable.

The plane is now 3º North of the equator and Joni Mitchell sings about a Big Yellow Taxi on my iPod. Sliding towards that other landless pole, heading away from my home and family, I swirl visions of Micah around my brain – those thoughts have a taste that is utterly hard to describe. The closest I can say is that they are like the beautiful taste of water after a long hot run through a horizonless desert.

← Cipher Conducts CBM Workshop for the Geological Agency of Indonesia
The Groom, the Mine, His Wife and Her Lake →