The Elixir of Data

by tim on February 28, 2021 in Commercial, Education, News, University

“Without data, you are just another asshole with an opinion”, said John Ferm standing at the blackboard, chalk in one hand and a cigar in the other with smoke swirling around his head (this was, after all, 1985).

It’s a phrase John (my MSc and PhD advisor) would often use when we, his students, started to stray too far away from quantifiable information. His tone wasn’t mean or menacing, rather it was delivered in a way that you might say to a waiter “I’ll have two sugars with that coffee, please”. 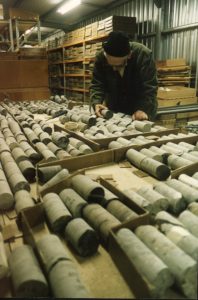 John certainly wasn’t the first or the last to use that line. Indeed, there is a wonderful part in the Pixar/Disney movie ‘Inside Out’ where Joy, Sadness and Riley’s childhood imaginary friend Bing Bong are on the Train of Thought. They accidently knock over a bunch of boxes labeled ‘Facts’ and ‘Opinions’. When they try to put the contents back in the right boxes Joy is frustrated and says “Arg…these Facts and Opinions look so similar” To which Bing Bong replies “Ah, don’t worry about it, it happens all the time”, and then scoops up handfuls of both and throws them into the same box.

And indeed, like Joy, staying faithful to data isn’t always easy or straightforward.

Almost all governments in the world claim proprietary ownership of their resources; certainly it is the case for oil and gas. In theory, the mandate of the regulatory departments in those countries is to manage the resources for the benefit of the citizens. Companies that explore or develop the resources do not own them, but are in effect exploring or exploiting them at the behest of the government. Government ultimately owns all information that is gathered.

In some countries, like Australia, New Zealand and the USA, practically all that information is available to the public, though accessed with varying degrees of ease. In Queensland, Australia a massive amount of information can be found at https://geoscience.data.qld.gov.au. Similar sites exist in New Zealand (https://www.nzpam.govt.nz/maps-geoscience/exploration-database/) and the USA; a particular good example is Wyoming (http://sales.wsgs.wyo.gov/upper-cretaceous-strata-in-the-powder-river-basin-formation-tops-database-structure-and-thickness-contour-maps-and-associated-well-data-2020/ or http://pipeline.wyo.gov). 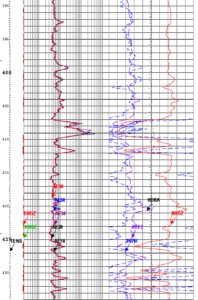 Portion of a geophysical logs from the Clifford 3 well, Surat Basin, Australia.

Data, like logs, test results, reservoir characterisation etc, are kept confidential for a few years but are made public even if a permit is still active. If an operator relinquishes a permit, the data becomes immediately available. Not for fees, not to a select few, but by anyone with an internet connection. This is an exceptional way to stimulate investment and understanding of resources, but also for students to access data and information about their country that is worth millions, even billions of dollars – for the benefit of all citizens.

In Queensland and New Zealand, large amounts of core are also kept for anyone to come have a look at and even sample. These cores, and the technical data collected from them, are all primary and utterly fantastic data; data that should be made available.

But, alas, most countries do not make information accessible; or if they do it is for purchase, either over the table or under. For the few dollars countries might earn from the sale of this data they are missing out on millions of dollars in investment funds. Often the funds to buy these data only go into the pockets of a few individuals. The losers, ultimately, are the people of the country.

When I give talks on resources in countries like Indonesia, China, Colombia and Southern Africa (to name a few), I always discuss data availability. I say that if I were ever asked by the leader of any of those countries what was the one thing that they could do to help increase investment and decrease corruption, I’d respond by pointing to the system of data management conducted in New Zealand, Australia and the USA. 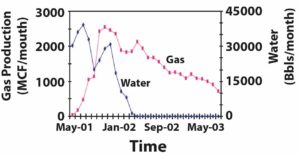 Stubbing out his cigar, John would look up through the haze of smoke, pause for effect, and then say “well, pull finger folks and go get that data”; slightly stunned like rabbits in headlights we’d dither in our seats till John pulled a face which clearly meant ‘what are you waiting for you fuckers! Go!’ And we would.