by tim on December 29, 2019 in Education, News, Uncategorized, University

My father worked for the phone company all his life. Actually, that isn’t completely true. In 1943, during World War II, he joined the Marines, got married and managed not to get killed.

After the war he returned to his job at the C&P Telephone Co., played around on boats in and around the Potomac River with my mother and avoided (though perhaps not an active avoidance) having kids until 1955. Other than when he was in the Marines, he never travelled. Some might say he was even a staunch non-traveller. 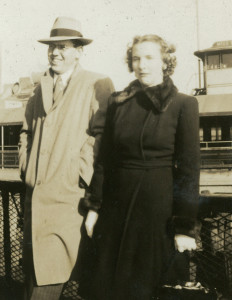 Yet, a staple in our home was the National Geographic Magazine. Through them I travelled everywhere and to a large extent they stimulated my love of science and exploration. Any travel was thwarted, however, until I was well into my university years.

There are probably two main reasons why I became a geologist. Firstly University of Maryland had no undergraduate program in meteorology [I was an early weather nerd]; something I was informed about at an emplacement interview at my high school (Ryken High School (now St Mary’s Ryken High School), Leonardtown, Maryland, USA). On the spot I switched to geology*.

The second reason was that I desperately wanted to see the world. I would say to my mother ‘the mountain can’t travel to Mohammad so Mohammad must travel to the mountain’. My father, overhearing this, would scoff, often saying ‘…why do you need to go to other places, you can see them in magazines…’.

Geology allowed travel to many real, and metaphorical, mountains. It is the reason why I have friends all over the world; that I’m a Kiwi now living in Australia but having grown up in the U.S.A.; that my wife is from Java; that I have a son with three passports.

I love being a geologist. And one of the best things about being a geologist is meeting a cornucopia of different people. The pleasure is only enhanced when my family is able to travel with me and we meet the families of my colleagues. Recently I was in Xuzhou, China with my wife, Aretha, and son, Micah on the way to Inner Mongolia. Before leaving Xuzhou I met new colleagues from Vladivostok, Russia, whom I’ll be publishing some papers with. 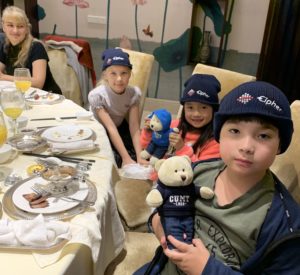 The joys of travel: our children – (L to R) Russian, Chinese and (my son Micah) Indonesian/New Zealander

At dinner one night we all had our respective children, including our Chinese host. The kids, though not having a common language, nonetheless found ways to communicate and have a whale of a time. Chinese restaurants in China are very kid friendly and they ran around, up and down stairs, into closed rooms and through empty corridors all evening.

I wonder sometimes how the world would be if no leader were allowed to rule unless they, during their childhood, had lived in many places throughout the world – and not in sealed off compounds, but cheek to jowl with real people, interacting with real people. Would we still have the xenophobia we see today? Would there still be a lack of understanding, compassion and empathy that seems to be spreading like dirty tentacles across the world? My guess is, we would not.

*Unusually for a high school, we had a geology course. The teacher, Brother Vincent, was dynamic and taught with flare and a specific flavor of irreverence that is especially appealing to 16 yr old males. I also remember in Brother Vincent’s American Literature class that he revealed Paul Revere [who rode through Boston at the start of the American revolution, crying out “the British are coming, the British are coming”] was actually a drunk. The class was delighted and sat rapt listening for the remainder of the period hoping for similar veins of knowledge. I’m pretty sure this nugget of information started my own questioning of narratives given to us by our governments and religions, not to mention corporations trying to sell us stuff.

← (Not) Freezing in Inner Mongolia
Come to Colombia: Annual Meeting of The Society of Organic Petrology in Bogotá in 2022 →